The Trial Penalty: The Sixth Amendment Right to Trial on the Verge of Extinction and How to Save It

The ‘trial penalty’ refers to the substantial difference between the sentence offered in a plea offer prior to trial versus the sentence a defendant receives after trial. This penalty is now so severe and pervasive that it has virtually eliminated the constitutional right to a trial. To avoid the penalty, accused persons must surrender many other fundamental rights which are essential to a fair justice system. [Released July 2018] 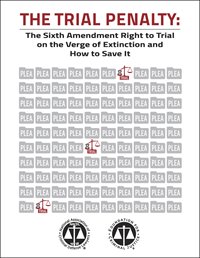 This report is the product of more than two years of careful research and deliberation. In it, NACDL examines sentencing and other data underlying the fact that, after a 50 year decline, fewer than 3% of federal criminal cases result in a trial. With more than 97% of criminal cases being resolved by plea in a constitutional system predicated upon the Sixth Amendment right to a trial, the fact of imbalance and injustice in the system is self-evident. The report identifies and exposes the underlying causes of the decline of the federal criminal trial and puts forth meaningful, achievable principles and recommendations to address this crisis. With its release, NACDL intends to launch a sustained effort to rein in the abuse of the trial penalty throughout federal and state criminal justice systems. The Trial Penalty report, and the principles and recommendations it puts forward, seeks to save the right to a trial from extinction.

As the release of this report is a beginning point for tackling the dramatic encroachment upon the Constitution’s Sixth Amendment right to trial, NACDL is seeking to learn about more individual encounters with the trial penalty in the American criminal justice system, whether on the federal or state level. If you are interested in sharing a trial penalty story, please click this link to take a short survey: https://www.surveymonkey.com/r/TrialPenalty. 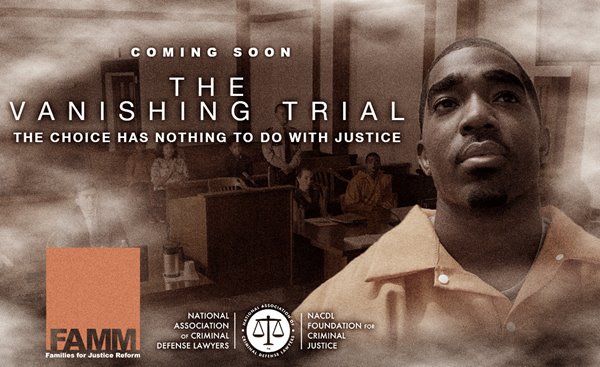 At a special event at the National Press Club in Washington, DC, on July 10, 2018, NACDL released The Trial Penalty: The Sixth Amendment Right to Trial on the Verge of Extinction and How to Save It. The keynote speaker at the event was Hon. John Gleeson (Ret.). In addition to NACDL leadership including NACDL Immediate Past President Rick Jones, NACDL Past President Barry Pollack, and NACDL Executive Director Norman L. Reimer, representatives from numerous leading groups in the criminal justice reform movement from across the political spectrum delivered remarks agreeing that the trial penalty in the American criminal justice system is a serious problem that needs to be addressed. Those groups included the Cato Institute, Human Rights Watch, Right on Crime, Texas Public Policy Foundation, Families Against Mandatory Minimums (FAMM), the ACLU, the Charles Koch Institute, the Innocence Project, and Fair Trials International. Pro Bono Counsel Don Salzman from the firm of Skadden, Arps, Slate, Meagher & Flom LLP also spoke, as did New York criminal defense attorney Frederick P. Hafetz. Due to conflicts, the ACLU and FAMM sent their remarks. The entire 90-minute event is available below.