Ways to Increase Inclusiveness and Access to the Jury Box

Ways to Increase Inclusiveness and Access to the Jury Box 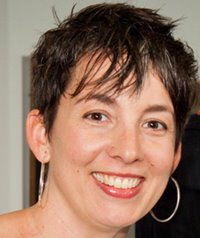 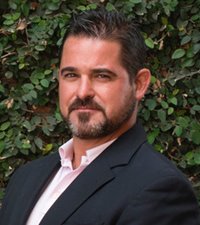 Dr. Binnall is an Associate Professor of Law, Criminology, and Criminal Justice at California State University, Long Beach.  He is also a practicing attorney and a formerly incarcerated person who spent just over 4 years in prison for a DUI Homicide that claimed the life of his close friend.  While incarcerated, Dr. Binnall took his LSAT's and was accepted to law school.  Once released, he earned his JD and LL.M. (2007/2008), was admitted to the State Bar of California (2008), and received his Ph.D. in Criminology, Law and Society from University of California, Irvine (2014).

In his research, Dr. Binnall explores the statutory exclusion of individuals with a felony conviction from the jury process.  The nation’s leading scholar on the topic, Dr. Binnall has published numerous articles on felon-juror exclusion in both social science and law journals.  His research has appeared in Law & Social Inquiry, Law & Policy, Psychology, Crime, and Law, Stanford Law and Policy Review Online, Ohio State Journal of Criminal Law, and Berkeley Journal of Criminal Law.  On the subject of felon-juror exclusion, Dr. Binnall has testified for the U.S. Commission on Civil Rights and presented to the American Bar Association’s Jury Commission.  His work has also been featured in popular media outlets including: The Conversation, CALMatters, Law 360, Criminal Legal News, Mother Jones, and the ABA Journal.

Dr. Binnall’s most recent book – Twenty Million Angry Men: The Case for Including Convicted Felons in Our Jury System (University of California Press) – reveals the flaws inherent in the justifications for felon-juror exclusion, as well as the negative impacts of the practice on jury deliberations and on the reintegration of those who have been convicted of a felony.  The book’s primary thesis is that prospective jurors with a felony criminal history enhance, rather than detract from our jury system.  In this way, felon-juror exclusion is both unnecessary and potentially damaging to the majority of U.S. jurisdictions that enforce this prevalent and severe collateral sanction.

At California State University, Long Beach, Dr. Binnall is the Faculty Advisor for Rising Scholars and the Executive Director of Project Rebound – both organizations that work to ensure the success of formerly incarcerated and system involved students on campus.  For the past 12 years, Dr. Binnall has also maintained a law practice, specializing in the representation of law students in the California State Bar Moral Character and Fitness Determination process.  Relatedly, he recently co-founded the California System-Involved Bar Association – a bar organization comprised entirely of formerly incarcerated and system impacted law students and attorneys. 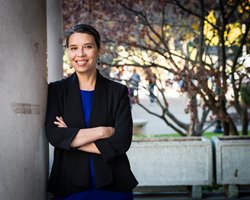 Jasmine Gonzales Rose is a Professor at Boston University School of Law and Associate Director of Policy at the BU Center for Antiracist Research. She is a critical proceduralist and is particularly interested in the intersections of racism and linguicism within two areas: juries and evidence. She is a leading criticalist voice on Evidence Law, with a focus on the evidentiary issues raised by racialized police violence. She is also an expert on juror language disenfranchisement. She is an award-winning teacher who has taught courses on Evidence; Criminal Law; Race and the Law; Latinxs and the Law; Civil Procedure; Civil Rights Law; and Complex Litigation for Social Change. Professor Gonzales Rose is a graduate of Harvard Law School, where she served as an editor-in-chief of the Harvard Latinx Law Review and a member of the Harvard Legal Aid Bureau. She clerked for Judge Héctor M. Laffitte of the U.S. District Court for the District of Puerto Rico and Judge Damon J. Keith of the U.S. Court of Appeals for the 6th Circuit. She has worked for a variety of nonprofit and governmental organizations on issues of civil and human rights and currently serves on the Supreme Judicial Court Advisory Committee on Massachusetts Evidence Law.

Professor Grosso is a professor at the MSU College of Law. Her interdisciplinary scholarship examines the role of race and other extralegal factors in criminal investigations, trials, and the administration of capital punishment. She teaches criminal procedure, capital punishment law, a seminar on criminal juries, and remedies.

Prof. Grosso is also the managing editor of the National Registry of Exonerations. The Registry “collects, analyzes and disseminates information about all known exonerations of innocent criminal defendants in the United States, from 1989 to the present.” The Registry provides a virtual home for exoneration stories and also an accessible, searchable statistical database about the cases.

Additionally, she serves as co-president of the Society of American Law Teachers (SALT).  This community of educators focuses on advancing progressive principles, diversity, and social justice by developing networks to connect underserved communities to the legal profession.

Grosso received a Bachelor’s Degree in International Studies with a Middle East concentration from Earlham College and a J.D. from University of Iowa College of Law. 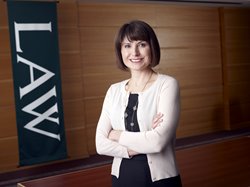 Barbara O’Brien is a professor at the Michigan State University College of Law, where she teaches classes in criminal law and procedure. She is currently the Editor of the National Registry of Exonerations, which “collects, analyzes and disseminates information about all known exonerations of innocent criminal defendants in the United States, from 1989 to the present.” The Registry provides a virtual home for exoneration stories and also an accessible, searchable statistical database about the cases.